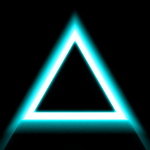 aka Actually I am Scoot

IDK, I'm not a psychologist

~191cm (imperial is bad and you should feel bad)

Scotland (what a surprise)

The Church of Mr. Kleene

Pre-Barrelplex Cosmology is good, Hypercosmology is good, The Box can be beaten, Metaboxial Cosmology is shite & boring, External Hazard is "the shit", TonyNothing is the "shit" and Princelawrenz is an evil sociopath. I'm also a massive asshole but I'm sure you could tell that by now.

Originally I kinda hated the Wiki and thought the Discord was the way forward and, well I got my wish since the Discord is now the 'centre' of V&D and... it sucks. A lot. So now my favourite part of V&D is the Wiki which has these magical things called "p a g e s". Here's a list of some good ones:

This may not be a 100% accurate list since I omitted 2 or 3 pages for being way too similar to other pages on the list. (For example I didn't feel the need to mention Vyotekha or the Hexagon Lords because I felt that was covered by The Folded Cascade.) This is mostly to make it more encompassing of the stuff on V&D that I like.

While the vast majority of my time on V&D is spent on the Discord, I have written a few pages for the Wiki:

I've also re-written a few existing pages which were just stubs and turned them into actual pages:

There was a change blog posts would be going away at some point so I decided to stop using them entirely and instead use User Subpages. (Blog posts are in fact sticking around but I like User Subpages more anyway.)

User Subpages are basically the same as blog posts except you can use the modern editor, anyone can edit them and they can only be accessed through direct links. (Or, as I just learned before writing this, searching for users.) Here's a list of mine:

Those are the ones that still have a use, but there are some others that are basically 'retired' Subpages. I normally wouldn't list them because they're useless but since User Subpages can only be accessed through direct links (or searching for users but no one searches for a page by searching for a person), I might as well have an archive for them. Feel free to read them, though I'm not sure why you'd want to:

Retrieved from "https://verse-and-dimensions.fandom.com/wiki/User:Not_scoot?oldid=31195"
Community content is available under CC-BY-SA unless otherwise noted.